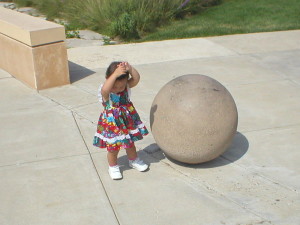 don’t give up too soon

In the excitement of getting an offer, many smart, talented professionals ignore warning signs that a bad career move may be up ahead. A smart, talented professional (in HR no less) made a job switch that she regrets, having overlooked five bright red flags that were made apparent during the hiring process. This new job came with a significant title and salary bump,, and she rationalized that this potentially bad career move was actually a good move, that she could manage through the worrisome items once she joined. This absolutely could be true — roles, colleagues, and company strategy change over time. But if you are considering a job where doubts have already surfaced, go in with your eyes wide open. Here are five warning signs that a potential new job is a bad career move:

Two bosses mean double the potential for a bad career move. The HR role is structured to report into two different members of the senior leadership team. It’s already hard to manage up when you have one boss. It’s already hard to get your understanding of the role in sync with one manager’s expectations. When you have a dual reporting structure, you have two managers to please – two personalities, two management styles, two sets of priorities. You have the added dimension of the relationship between the two managers – are they equally on board about sharing you as a resource? Are they already good collaborators, or will you be caught in their drama?

Another bad career move is stepping into the role of mediator. One manager for this role prioritizes financial metrics – drilling down at the costs of each initiative. The other manager prioritizes culture and engagement – looking at people initiatives in particular as investments, not costs. Both of these approaches are valid, and depending on what else is happening at the company, one could arguably take priority over the other at different times. But if you’re reporting to both of these managers, you will continually be trying to meet both of these conflicting goals at all times. If you can’t broker a collaboration all the time, you’re in a no-win situation. Conflicting goals can also be an issue even if you have just one manager, but your manager’s manager or others in senior leadership have different goals or expectations from your immediate manager. Your manager will expect you to promote his or her agenda, but that could put you out of the mainstream.

Working for a difficult person isn’t always a bad career move since people’s definitions of difficult vary. However, early in the interview process, my client heard from a professional colleague that one of the managers had a difficult personality (actually, much stronger words were used). My client didn’t weight those comments into her decision because she didn’t want to be swayed by hearsay. Sure, you don’t want to base a critical decision like a job move solely on one person’s opinion of another, but I wouldn’t just dismiss these findings outright. Your manager’s personality plays a big impact on how well you’ll get along, how well you’ll work together, and how much you’ll enjoy your day-to-day. If you hear that there might be a difficult personality on board (a manager or key colleague or even direct report), probe further. Look at the person who shared the info – in my client’s case, the reference came from someone my client respected and who had firsthand knowledge of working with that manager. That’s not just hearsay. Look at the referrer, look at the quality and specifics of the information, and take an honest look at yourself and how you like to work. A difficult personality to one person may be a walk in the park for someone else.

My client accepted a new role, which can be a good thing or morph into a bad career move. In this case, there is a lot of new to go around: one of the managers is new to C-level responsibility.; the other manager is redefining the scope of her responsibilities in a new way to accommodate my client and the other manager. My client has stepped into a strange brew of untested circumstances. Again, new and untested doesn’t necessarily equal a bad career move. But it does mean they will all be navigating new territory together. If you’re stepping into a situation where something (or more than one thing) is new – new role, new leadership, new strategic initiative, new direct reports – keep in mind that you will have less information to help you navigate your role, the company, and the initiatives on your plate.

I’ve written before about making decisions based on pull versus push – i.e., “I want to get to point B” signals a good career move, versus “I need to get away from point A” signals a bad career move. The best career moves occur when you’re pulled towards fulfillment, a challenge, a growth opportunity, or some positive next step. The alternative is being pushed out of a job you hate, a workplace that doesn’t value you, a career path that has stalled, or some negative situation. Sometimes the negative situation is so strong that anything but staying where you are seems like a good idea – that’s deciding based on push more than pull. As you weigh all the positives and negatives about that potential new job, ask yourself if the net allure of your next step is based on push or pull. In the case of my former client, she was in a particularly demanding work environment and that definitely hastened her decision to move. Are you pulled to that new job, or are you just trying to get away?

However, even though my former client wonders at the beginning if she made a bad career move, it doesn’t mean the difficulties with this new job are insurmountable. The first months, even full year, of a new job are always difficult, even when the job turns out to be a great career move. You’re getting to know the role, the company culture, and your manager, colleagues and team, so there is a lot to learn. You won’t have as much credibility or helpful work relationships so you’ll be less effective and slower at the outset – this often means longer hours and more stress upfront. The unfamiliarity of your new environment can make you long for the safety of your former employer, even if that situation was less than ideal (the devil you know…). Be patient with yourself! The reasons that you accepted this new job may be strong enough to motivate you through the early difficulties. For my client this new job is the biggest role of her career with title and compensation to match. It has international responsibilities that will be great for her career, whether she stays or goes. The difficulties she’s encountering will develop diplomacy skills that will be useful wherever she goes.

A version of this post originally appears in my Leadership column in Forbes.com.

How To Write Effective Thank You Notes After A Job Interview: Five Tips With Real-Life Examples
Ten Good Habits To Develop While You Wait In Line
0 comments… add one 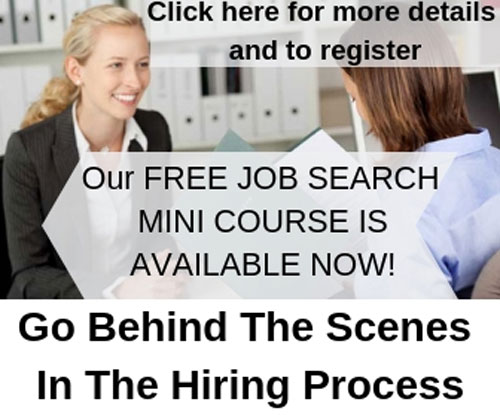